MEMORANDA FOR THE PRESIDENT ON SANDY HOOK 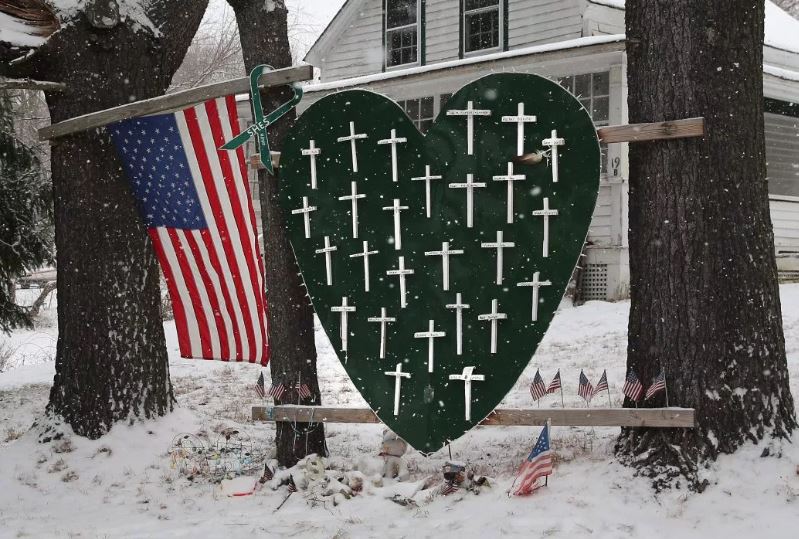 I am writing in solidarity with Alex Jones—in support of his right to speak freely on YouTube, Facebook, and other internet platforms without being censored, as protected by the First Amendment to the U.S. Constitution. While Jones has not been consistent in his comments about the Sandy Hook Elementary School event, he has expressed the idea that the shooting was not real, and in this he was correct. Adam Lanza did not kill 28 people in Newtown, CT, on December 14, 2012. This was a drill, presented by officials and the media as an actual shooting. Following the event, a group of investigators compiled a list of ten reasons that, taken together, show that Sandy Hook was staged. These are published in detail in the banned book, Nobody Died at Sandy Hook: It Was a FEMA Drill To Promote Gun Control (Moon Rock Books, 2015). Although more evidence has since emerged, the original “top ten reasons” still ring true:

(1) Proof of death was suppressed.

(2) Emergency protocols were not followed.

(3) Drill protocols were followed instead.

(4) There was foreknowledge of the event.

(5) There were contradictory reports about the weapons.

(8) Photos at the scene and of victims look staged or fake.

(9) The crime scene was completely destroyed.

To summarize, first of all, there is no proof of anyone’s death—not for the children or adults at the school, Nancy Lanza, or Adam Lanza—no photos or footage confirming the official story (1). In June 2013, the state of Connecticut outlawed disclosure of photos or video images of homicide victims, along with other records.

There is no evidence of any frantic attempt to save lives at the scene (2), which looked largely calm and bloodless. START triage protocol for a Mass Casualty Incident (MCI) was not followed. Emergency vehicles were jammed together at the Firehouse, impeding access to the school and possible rescue. Instead, drill protocols were followed (3), with ID badges visible, Porta-Potties, and cases of bottled water on hand. In an amazing coincidence, a FEMA Mass Casualty Drill, “Emergency Response for Mass Casualties Involving Children,” was scheduled to take place on December 13 or 14 (location unspecified). This furnished the script for the Sandy Hook “shooting,” an Integrated Capstone Event run by FEMA to coordinate federal, state, and local emergency response teams in case of a mass-casualty event. 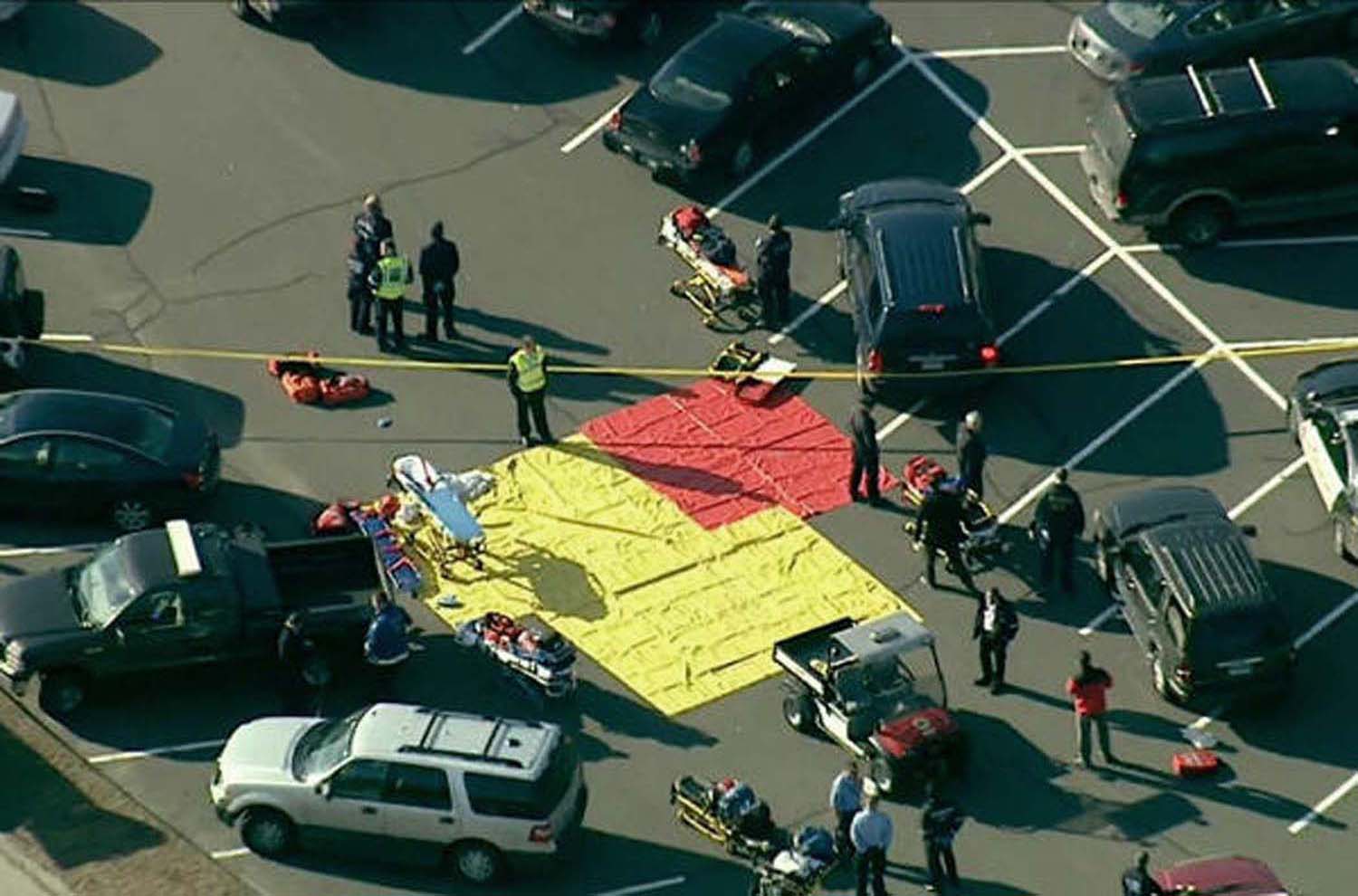 START tarps outside Sandy Hook Elementary with no victims.

There is proof of foreknowledge of the event (4). The Connecticut state emergency system was taken over before the “massacre” occurred, and normal police and EMS dispatch protocol was replaced with staged transmissions. Tweets about the “shooting” began before it occurred, and Facebook pages honoring “victims” were established before they had “died.”

State officials and the media were confused about the guns used (5), with reports of four handguns, a Bushmaster AR-15, a Bushmaster SM 15-E2S, a Glock 10mm handgun, a Sig Sauer P226 9mm handgun, and an Izhmash Saiga-12 12-gauge shotgun, supposedly found in the trunk of Adam Lanza’s car. Oddly, Fox News reported a 12-gauge shotgun and two magazines of shotgun rounds found in the glove compartment. And how did Adam Lanza, who had Asperger’s Syndrome and weighed 112 pounds, manage all these guns (6), along with more than 150 rounds of ammunition? Ballistics experts agree that he could not have carried all this on his person. In less than seven minutes, this inexperienced marksman supposedly killed 26 people and then himself, with a 96% kill ratio, a complete impossibility. 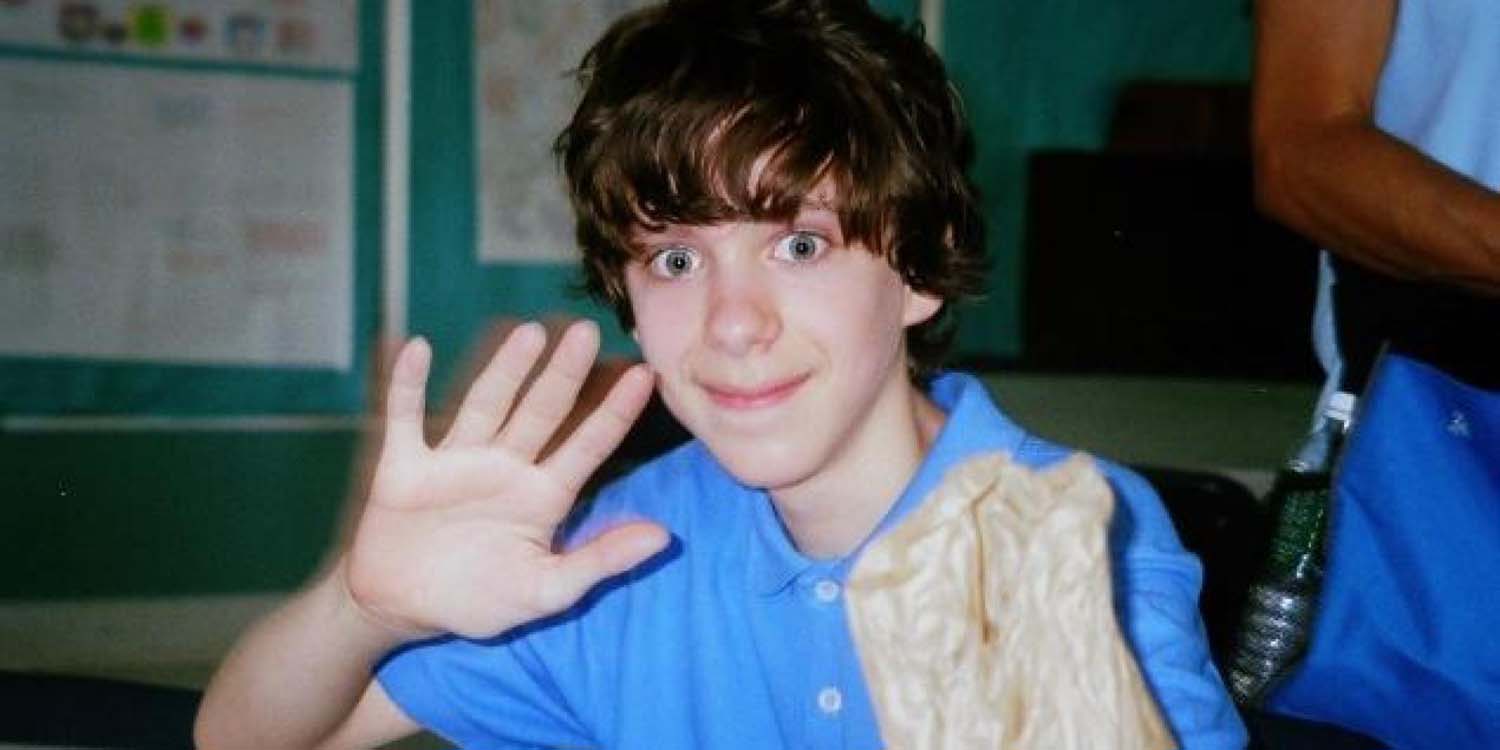 Numerous participants displayed bizarre and inappropriate behavior (7). Wayne Carver, the Medical Examiner, gave a surreal press conference in which he clowned around, grinning strangely, making irrelevant comments, and appearing unknowledgeable and unprofessional. Robbie Parker, the alleged father of Emilie Parker, one of the alleged deceased children, was caught chuckling before a CNN interview, then hyperventilating to get into character, and finally feigning distress for Wolf Blitzer. Alleged parent Veronique Pozner was interviewed by Anderson Cooper in front of a green screen, which caused the end of Cooper’s nose to disappear several times (according to the media, this was “motion compensation video compression”). Neighbor Gene Rosen was caught on camera rehearsing his story. And internet researcher “Barry Soetoro” proved that alleged parent David Wheeler had played two roles in the production, the second being that of an FBI sniper who did not know how to carry a firearm. His important channel was removed by YouTube. 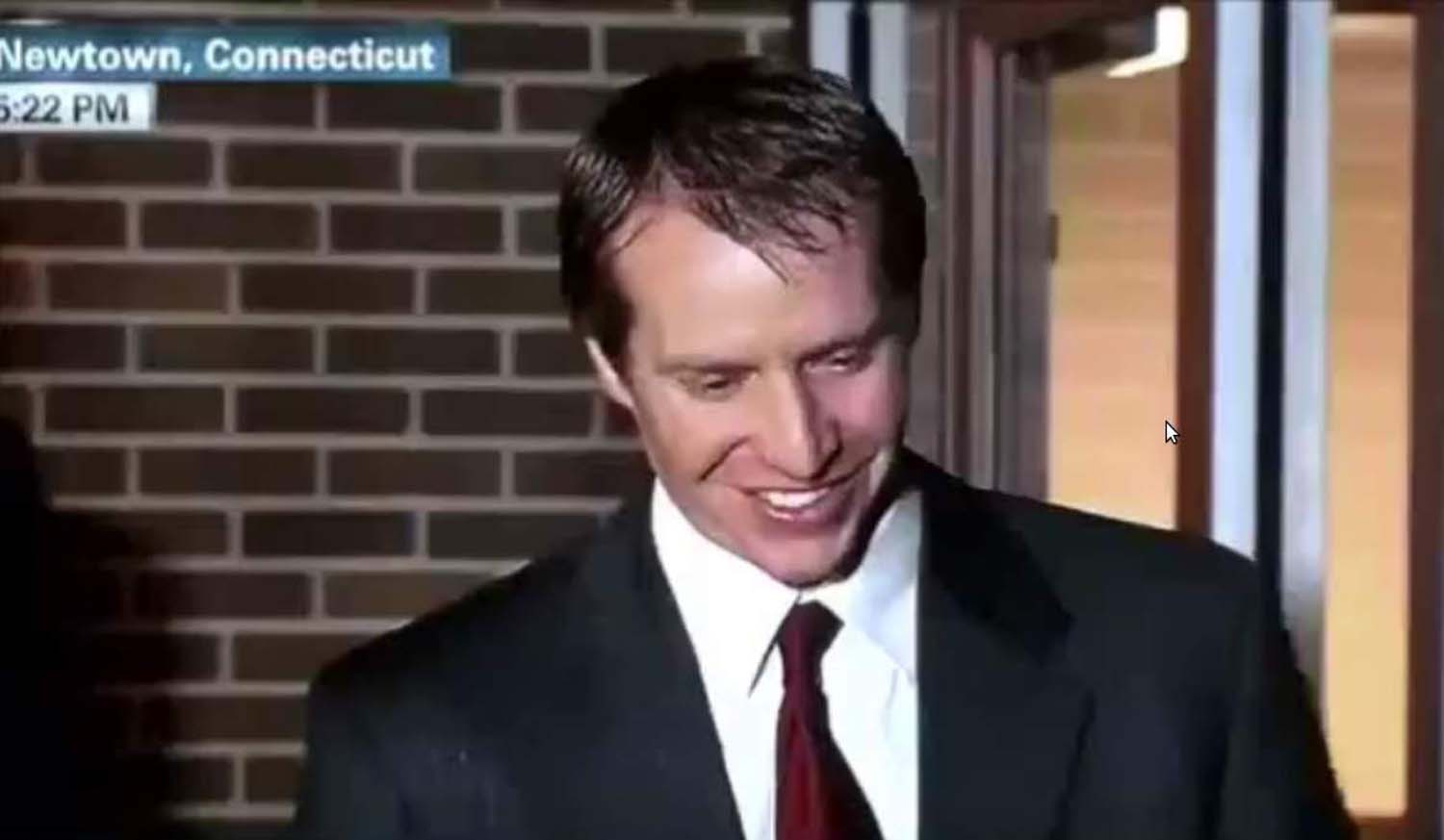 Photos reportedly taken at the time of the “shooting” look staged or fake (8). The “iconic” photo taken by Shannon Hicks for The Newtown Bee of children being evacuated from the school was shot at a different time and date, as shown by photo analysis. Hicks uploaded this photo to YouTube, along with 19 others, the day before the “shooting.” Many other photos look staged, one being the scene in the school lobby, with a shattered glass window supposedly shot out by Adam Lanza, but with all the furniture still in place—although Lanza and ten policemen, all with their guns and gear, reportedly entered through the hole and pushed past the furniture. 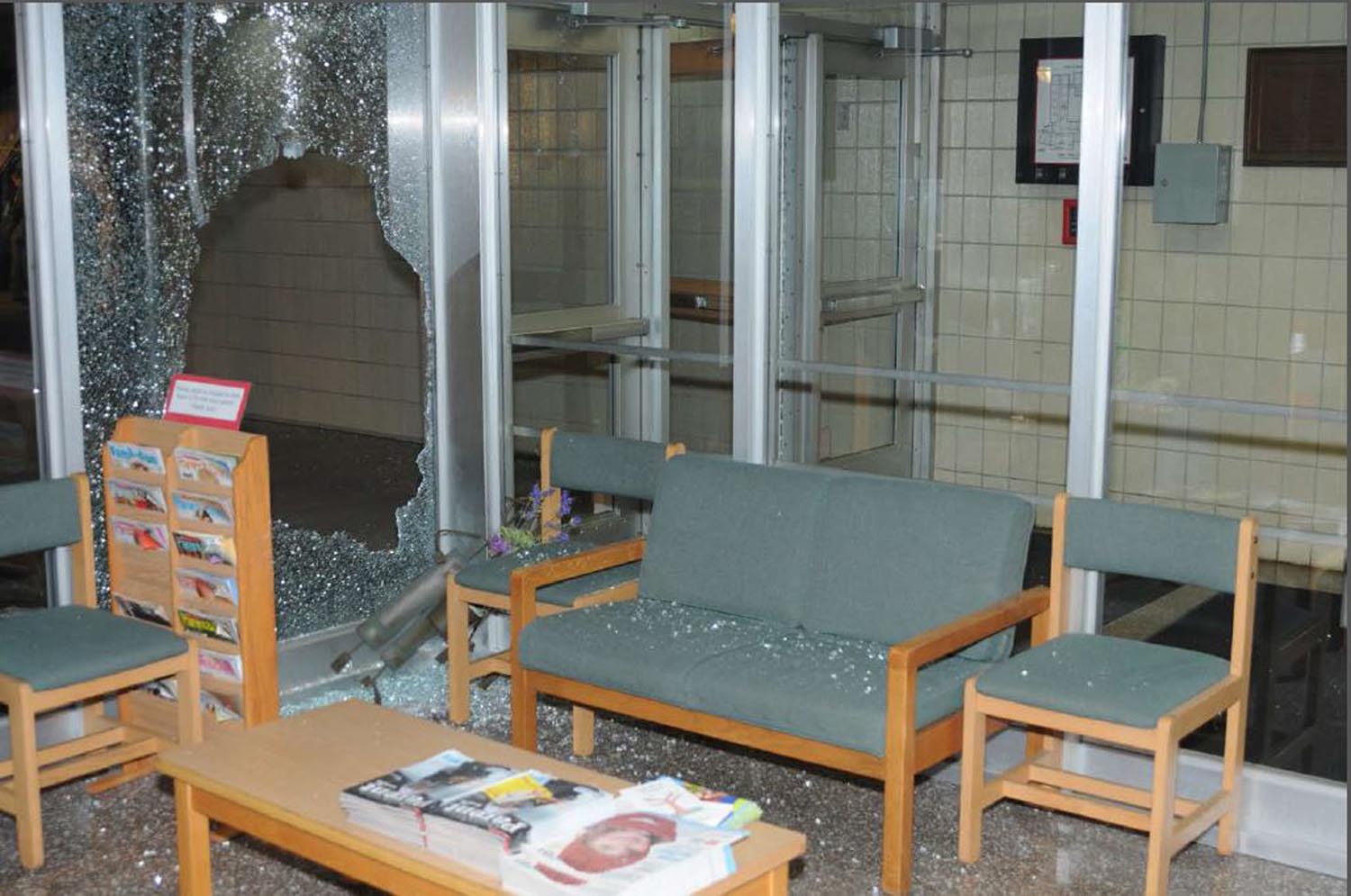 In an amazing breach of procedure, the crime scene was completely destroyed (9), reminiscent of the destruction of the World Trade Center complex following 9/11. Sandy Hook Elementary was razed, and $50 million was allocated to build a new school on a different site. Employees who worked on the project signed non-disclosure agreements, prohibited from speaking about anything they observed at the scene. Evidence indicates that Sandy Hook Elementary was dilapidated, contaminated, and not even a working school in December 2012, with the building cleaned up and staged for the FEMA “shooting.”

In a wonderfully surreal touch, at least nine of the supposedly dead children sang “America the Beautiful” in the “Sandy Hook Elementary School Chorus” at Super Bowl XLVII in February 2013, along with Hollywood actress Jennifer Hudson (10). This was shown in a brilliant video by researcher “QKultra,” which has now been wiped from the web, like the work of so many others. 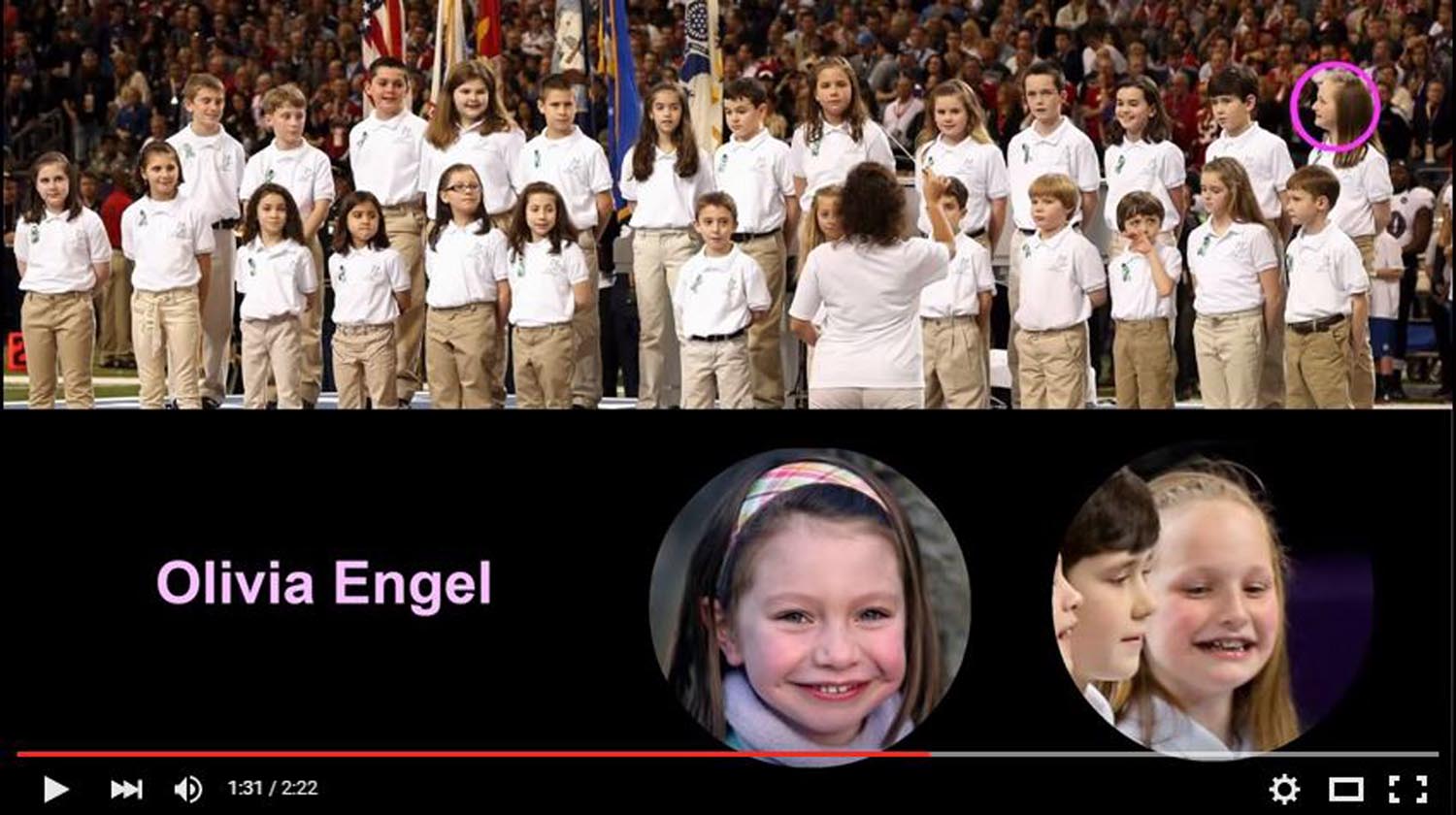 And cui bono? At least $12 million was raised and distributed to the victims’ families and other survivors (with condolences posted by the Support Fund/United Way three days before the “shooting”). Individual families have raised additional funds, and “Sandy Hook Promise” solicits money “to protect children and prevent gun violence.” Add to this a total of $15.2 million in federal grants to Newtown agencies and other participants. According to the documentary, “We Need To Talk about Sandy Hook,” at least $131 million has been forked over, including the $50 million for the new school. This film has been removed repeatedly by YouTube.

The “families” have been active in lobbying for gun control, as covered widely in the media. Not only did the Sandy Hook event serve the effort to curtail the Second Amendment, but it benefited the “security industry” and the push for “mental health” screening to try to “identify” children who may need “help.” All these repressive programs are further enhanced with each new “school shooting.”

Mr. President, the Sandy Hook shooting narrative is “fake news,” to use one of your favorite expressions, devised by the deep state and promoted in the mainstream media. The disinformation on this and other hoax events is being used to traumatize the American people into giving up their constitutional rights. Internet platforms should not censor the research of those who question such narratives. You have sworn to preserve, protect, and defend the Constitution. The tech industry cannot be allowed to subvert it.

VIVIAN LEE is the nom de plume of a tenured professor at an American university. Her special interests include war, psyops, and propaganda, with a current focus on false flag terrorism and staged shootings as well as the media’s role in these fabricated events. Her writing has appeared in Nobody Died at Sandy Hook and From Orlando to Dallas and Beyond (Moon Rock Books), and at numerous online sites including James Fetzer’s website and Memory Hole Blog.

Memoranda for the President on Sandy Hook: Is FEMA A False Flag Fake News Terrorist Node? Should #GoogleGestapo Be Closed Down?