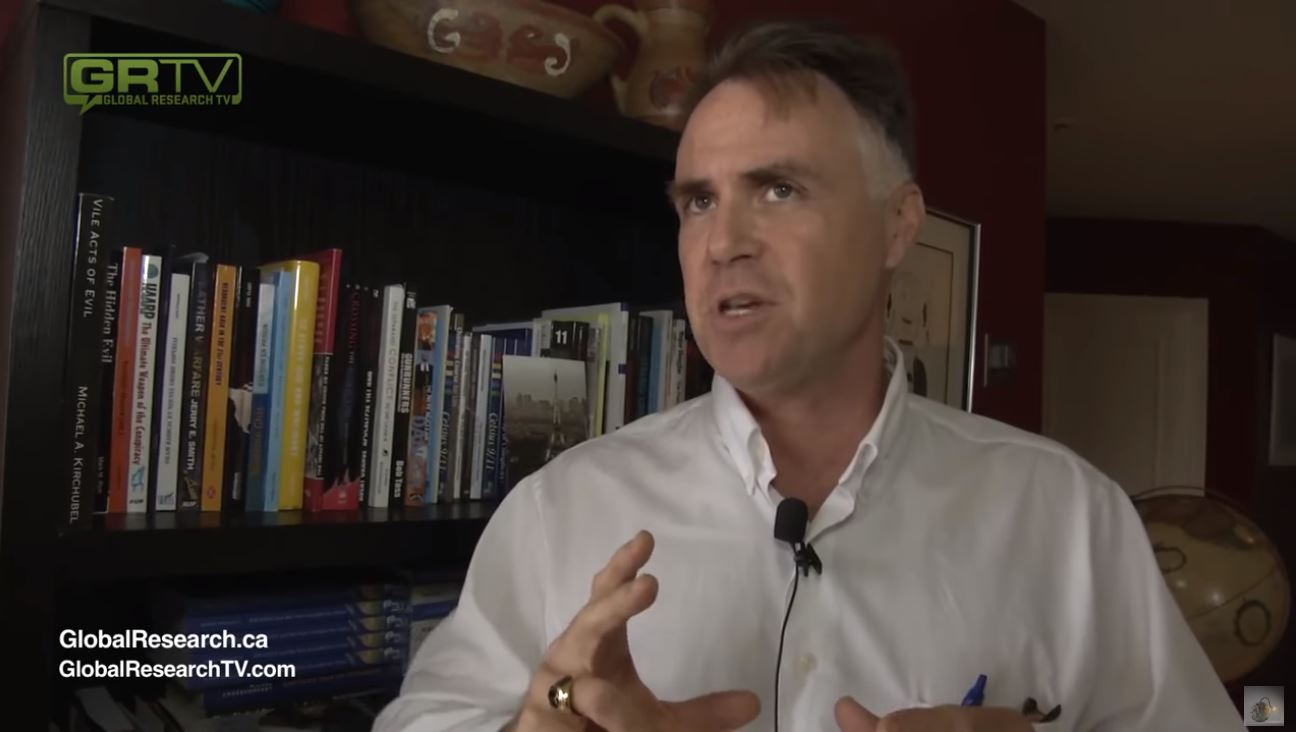 American academics will soon realize that their jobs are in jeopardy, if they don’t know it already. Not only their jobs, but their right to think, say, and write what they wish – and to engage in the pursuit of truth, wherever it may lead them.

A battle of epic proportions is about to begin, over the firing of Dr. James Tracy, for alleged infractions against Florida Atlantic University (FAU) in Boca Raton. Tracy contends that his First Amendment right to free speech was abridged, along with his rights to due process and academic freedom.[1]

Tracy was dismissed from his tenured position as Associate Professor of Multimedia Journalism at FAU on January 6, 2016. On April 25, he filed a civil rights suit against the university, including the President, Provost, and other top officials, as well as members of the Board of Trustees and representatives of the faculty union. His complaint calls for reinstatement with back pay, compensatory and punitive damages, and a declaration that FAU’s controversial “Conflict of Interest/Outside Activities” policy is unconstitutional.[2]

Ostensibly terminated for not filing university forms regarding his “outside activities,” Tracy was actually fired for research and writing connected with his popular blog www.memoryholeblog.com (now www.memoryholeblog.org), which he runs privately – and which includes the disclaimer that the views expressed “do not reflect the opinions or positions of any institution or entity…No information on this blog will be understood as official.”

The outcome of this lawsuit will affect all areas of education in the USA – not only regarding tenured professors. If Tracy does not prevail, constitutional rights will also be curtailed for non-tenured regular and adjunct professors, who have no job security and are already pressured to toe the line politically and academically. Not only will college professors be affected but also teachers in state public schools, who are under assault regarding tenure policies in California, New York, and elsewhere.[3] Florida has already eliminated tenure for K-12 instructors. 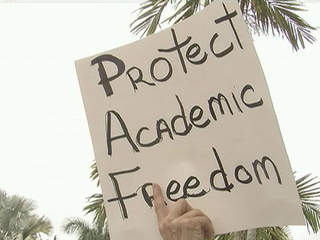 The case for academic freedom

The idea of “academic freedom” is widely embraced by American colleges and universities, which routinely assert that freedom of inquiry and expression are essential for their effective operation. The concept is outlined in the “1940 Statement of Principles on Academic Freedom and Tenure,” by the American Association of University Professors (AAUP), which is followed by most institutions of higher learning in the USA. Amendments of 1970 further protect the rights of professors.[4]

According to the AAUP document, “Teachers are entitled to full freedom in research and in the publication of the results, subject to the adequate performance of their other academic duties.” In terms of “outside activities,” the document includes the following:

College and university teachers are citizens, members of a learned profession, and officers of an educational institution. When they speak or write as citizens, they should be free from institutional censorship or discipline…they should at all times be accurate, should exercise appropriate restraint, should show respect for the opinions of others, and should make every effort to indicate that they are not speaking for the institution.

This was amended in 1970 so as to coordinate with a 1964 AAUP “Committee A Statement on Extramural Utterances,” which states as follows:

These protections are embedded in policies on academic freedom by the University of California,[5] the University of Pennsylvania,[6] Harvard University,[7] and many other institutions. Such policies do not guarantee that the rights of professors are always respected, however, and the AAUP has carried out numerous investigations and censured institutions for infringements.

Freedom from outside influence

…the need for faculty members to contribute their expertise to public discourse and policy debates has increased. The protection of their unfettered expression, including the ability to espouse highly controversial and unpopular views, is an essential social responsibility of universities and colleges…political restrictions on academic expression must not be countenanced…

“Political intrusion” arising out of controversies may come from inside the university community or from outside interests:

It may also come from outside the university when, for example, private corporations or public officials seek to persuade universities to terminate particular research activities, programs, or the services of the faculty members involved.[8]

Such outside intrusion precipitated the termination of James Tracy. This took the form of a media blitz by the Florida Sun Sentinel, a division of Tribune Publishing Co., which also owns the Los Angeles Times, the Chicago Tribune, and the Hartford Courant. The Sun Sentinel published a letter of December 10, 2015, written by Lenny and Veronique Pozner, publicized as the only Jewish family to have lost a child in the alleged Sandy Hook shooting. The letter, “Sandy Hook Massacre 3rd Anniversary: Two Parents Target FAU Conspiracy Theorist,” was reprinted in the Forward on December 14.[9] This was followed by numerous articles and editorials in the Sun Sentinel, such as “Tenure Be Damned, Professor James Tracy Embarrasses FAU” and “Tenure: A Concept Whose Time Has Passed?”

The Pozners’ accusations were false, as has been shown repeatedly, but nonetheless they were picked up by other media outlets and used to bash Dr. Tracy in the US press.[10] The content of the letter is not the issue here – it is the use of the corporate press to coerce the university to fire a tenured professor who was exercising his right to free speech as a citizen, in “extramural” work that he is entitled to pursue.

Outside influence has played a role in several high profile academic cases, notably that of Norman Finkelstein, a brilliant speaker and prolific writer known for his research on the Holocaust and support of Palestinian rights. While Jewish himself, he has been labeled an “anti-Semite” because of his criticism of Israel – and castigated for his allegations of fraud and plagiarism in the writing of others. One of those named was Alan Dershowitz, who tried, successfully, to get DePaul University to deny Finkelstein tenure, even though his faculty colleagues had voted in his favor.[11] DePaul insisted that outside pressure had played no role in the decision. Finkelstein’s university career was destroyed, while Dershowitz was given the Mortimer Zuckerman Award in 2014 for “promoting Israel’s … relentless pursuit of peace” – an honor marred only slightly by an investigation of Dershowitz over accusations of sexual misconduct with underage girls the following year.[12] 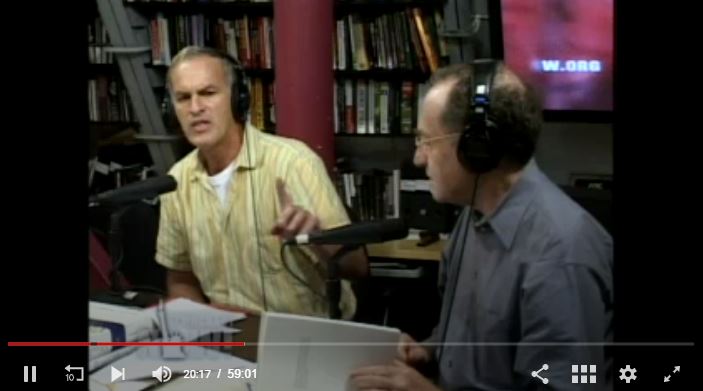 FAU also has a commitment to academic freedom, as affirmed in official university documents. The Collective Bargaining Agreement between the Board of Trustees and faculty union (UFF) states as follows:

5.2 … The principal elements of academic freedom include the freedom to:

(a) Present and discuss academic subjects, frankly and forthrightly, without fear of censorship…

(b) Engage in scholarly and creative activity, and to publish results in a manner consistent with professional obligations.

(c) Speak freely on, and seek changes in, academic and institutional policies.

Tracy was officially reprimanded for questioning a vague and restrictive policy on “Conflict of Interest/Outside Activities,” which he was fully entitled to do (5.2, above). He had declined to submit “outside activities” forms until the policy had been clarified, on the advice of the union. As of 2015, the policy required the faculty to report “any outside activity” (compensated or uncompensated) to the University. As all academics know, outside independent research and its dissemination are not only a right of faculty, but a requirement, affecting decisions on tenure and promotion. Who among us could (or would) report all “outside activities”? This policy was clearly devised as a rationale for Tracy’s termination.

FAU policy on academic freedom is also enshrined in the Board of Trustees’ Board Operations Policies and Procedures:

The Florida Atlantic University Board of Trustees supports the principle of academic freedom and is committed to the search for new knowledge… [and] will defend the right of faculty and students to pursue their academic goals free from constraints that hinder lawful intellectual inquiry and discourse, and will protect the freedom of faculty to teach and of students to learn from ideas that might be unpopular or not in the mainstream of accepted thought.[14]

However they did not defend the right of James Tracy to pursue his academic goals free from constraints – to the contrary, they fired him. This is not the first time Tracy has been harassed by FAU at the behest of the press. In 2013 he was reprimanded over his blog, whereupon he removed any mention of FAU as his employer. This was occasioned by a letter written by three of his colleagues, “Why James Tracy, FAU’s Conspiracy Theorist, Should Resign,” published on April 29, 2013, in the Palm Beach Post.[15] This constituted outside influence, from within the university community, also condemned by the AAUP.

Far from being protected, American academics can now be thrown to the wolves, with unsubstantiated stories in the press leading to a ruined reputation and loss of employment – with no concern for academic freedom or due process. Tracy has been characterized as a “tenured truther” and “cruel and possibly deranged” (Chronicle of Higher Education) and a “conspiracy theorist” many times over (New York Times, New York Daily News, et al.). He has been called “a virus,” “crazed,” “twisted,” and “a never-ending embarrassment to the university and its community” (Sun Sentinel), “kooky,” “nutty,” and “sicko” (New York Daily News), and said to “spin tall tales out of nothing” (Palm Beach Post). In addition he has received obscene cards and threatening e-mails.

Noah Feldman, a professor of Constitutional and International Law at Harvard, called Tracy a “crank” and a “terrible person,” in his recent article, “Free Speech for Bad People.”[16] While ostensibly on the right side of the academic freedom debate, Feldman flogs the same old “conspiracy theory” meme, as well as the false story promoted by the Pozners. Still, he does recognize that a professor should not be fired for extramural research and writing.

Actually, Tracy is a deeply intelligent thinker, a sharp investigator, a talented writer – and an impeccably honest, ethical person. None of this gets any airplay, however, with political forces trying to silence him via the corporate media. This should bring out the academics in force. So gear up, colleagues, and support James Tracy. Stand up for your principles, and for your rights – or be prepared to lose them.

[1] “Congress shall make no law respecting an establishment of religion, or prohibiting the free exercise thereof; or abridging the freedom of speech, or of the press; or the right of the people peaceably to assemble, and to petition the Government for a redress of grievances.” Article I, U. S. Bill of Rights. http://www.archives.gov/exhibits/charters/bill_of_rights_transcript.html#text

[4] “1940 Statement of Principles on Academic Freedom and Tenure,” AAUP. http://www.aaup.org/report/1940-statement-principles-academic-freedom-and-tenure

[6] “Academic Freedom and Responsibility,” Handbook for Faculty and Academic Administrators, University of Pennsylvania, revised as Article 11, Statutes of the Trustees, November 2, 2001. http://provost.upenn.edu/policies/faculty-handbook/faculty-policies/ii-a

[9] http://www.sun-sentinel.com/opinion/commentary/sfl-on-sandy-hook-anniversary-two-parents-target-fau-professor-who-taunts-family-victims-20151210-story.html. And “Time to Crack Down on Newtown ‘Truthers’ Who Tarnish Memory of Noah Pozner.” http://forward.com/opinion/327111/time-to-crack-down-on-shameless-sandy-hook-rampage-truthers/

The original source of this article is Global Research