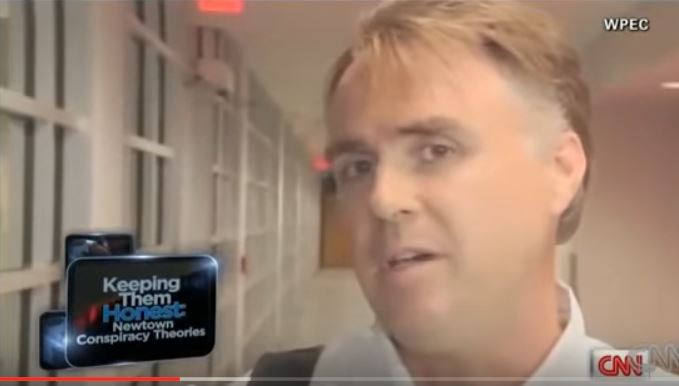 James Tracy was “exposed” on CNN in 2013 by Anderson Cooper, who branded him a “conspiracy theorist” for his investigation of anomalies surrounding the alleged Sandy Hook Newtown school shooting as portrayed in the media.

On February 21, 2017, a US federal judge ruled that former Florida Atlantic University (FAU) Professor James Tracy’s civil rights lawsuit can proceed to discovery. As this author has observed the case stands to set a precedent in matters of free speech and academic freedom throughout the nation. Defendants include FAU, its Board of Trustees, President, Dean, Associate Provost, the Florida Education Association, and the faculty union United Faculty of Florida (UFF), along with the union’s FAU Chapter President and Service Unit Director.

Tracy was terminated from his tenured professorship in January 2016, ostensibly for questioning university policy regarding the mandatory reporting of “outside activities,” and refusing to submit paperwork disclosing his personal blogging at his website, Memory Hole Blog. Tracy argued that his blogging involved the exercise of his right to free speech as a private US citizen. The popular website was hacked or otherwise sabotaged by unnamed parties after the November 2016 election and, as of this writing, is no longer in operation.

FAU and UFF engaged in conspiracy

Tracy received a spate of unfavorable publicity by CNN and other news outlets in 2013, shortly after the alleged shooting at Sandy Hook School in Newtown, CT. The university set out to discipline Tracy as a result, attempting to dissuade him from making any further statements about the Newtown incident. FAU’s faculty union, UFF, filed a grievance for Tracy on free speech grounds. In late 2015, however, union officials refused to defend the professor.

Tracy’s suit cites UFF as co-defendants, arguing that union officers conspired with university administrators to place an informal gag order on Tracy while allowing the university’s termination proceedings to go forward uncontested. At the same time, Tracy contends, union representatives discouraged him from filing a grievance or lawsuit, instead trying to intimidate him into resigning in lieu of termination. When Tracy refused to resign, the university fired him outright.

Part of the case involves a challenge to FAU’s “Conflict of Interest” policy, which extends to all university faculty. FAU and many of Florida’s other public universities now compel faculty members to present all their “outside activities” for administrative approval, whether compensated or not. Tracy objected to the policy, which would have required him to submit an account of his personal blogging. His suit argues that this is a form of prior restraint forbidden by the First Amendment.

Tracy’s concerns were shared by other members of FAU’s faculty as well, including senior political science professor Timothy Lenz, who described a climate of “fear and uncertainty,” speaking at a faculty senate meeting on September 4, 2015. Lenz enjoined administrators to “please call off your dogs,” continuing at length:

Tracy’s suit names as defendants individual FAU administrators present at the September 4 faculty senate meeting, including FAU President John Kelly. Kelly and his co-defendants moved to dismiss the first complaint, which was granted in part, necessitating a Second Amended Complaint, filed on December 28, 2016. This second complaint has been upheld, with the defendants’ motion to dismiss denied in a February 21, 2017, decision by Judge Robin Rosenberg. The judge refers to John Kelly’s involvement in her analysis:

The inference from the allegations in the Second Amended Complaint is that Defendant Kelly was personally (and not vicariously) involved in a retaliatory violation of Plaintiff’s First Amendment rights.  As a result, Defendant Kelly is sufficiently on notice of the claim against him such that he is able to answer that claim.

The individual counts in the Second Amended Complaint are as follows:

After Tracy initiated his lawsuit in April 2016, FAU’s attorneys began filing repeated court motions, arguing that Tracy’s suit was “frivolous,” that no conspiracy existed, and that Tracy’s termination was due to his alleged misconduct and failure to disclose his blogging activities in a timely fashion. By this means, the defendants succeeded in precluding discovery for over six months.

These delaying tactics have been brought to an end with Rosenberg’s February 21 decision, in which “the court concludes that Plaintiff’s Second Amended Complaint satisfies federal pleading standards and does not amount to mere ‘labels and conclusions or a formulaic recitation of the elements of a cause of action,’” as FAU and UFF attorneys have argued.

Tracy’s legal team has now forced FAU to release thousands of internal emails between administrators, trustees, and non-university parties under Florida’s Sunshine Law. Many of the documents tend to confirm the suit’s conspiracy allegations, including notes from a meeting between FAU counsel and administrators strategizing on how to discipline Tracy, and emails between Kelly and FAU’s chief trustee on Tracy’s pending termination. 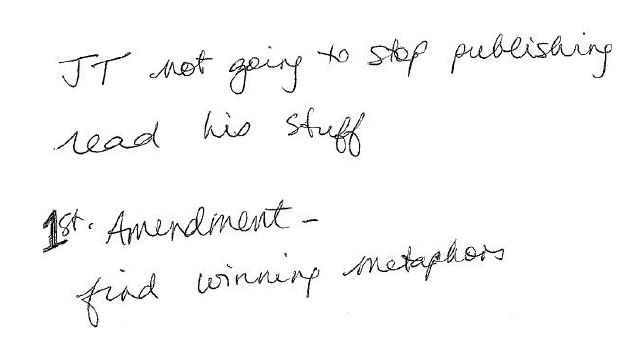 After Rosenberg dismissed part of the First Amended Complaint, the Florida Sun Sentinel—which has published a multitude of defamatory articles targeting Tracy—falsely reported that the entire lawsuit had been thrown out. This erroneous report was then picked up by the Associated Press and broadcast nationally (e.g. here, here and here). Only after Tracy’s attorney contacted the management of the Sun Sentinel to complain was the story revised. The Sun Sentinel has neglected to report on the court order allowing the suit to proceed. Nor has the mainstream media taken notice, with only a few exceptions.

In contrast to the media frenzy over Tracy’s research on the Newtown incident, in which he was viciously attacked in op-eds, letters to the editor, and news stories in print and on television, there is a conspicuous silence now that the case will proceed to trial. A legal victory for Professor Tracy would set a major precedent for free speech and academic freedom jurisprudence, and would decisively bolster safeguards for university employees—and indeed all employees—to comment freely on matters of public importance without fear of losing their jobs.

As an alternative to the mainstream press, Memory Hole Blog was used by Tracy and other contributors to draw attention to anomalous news coverage and analyze media reporting on controversial events. Many of these observations were deemed “controversial” or “conspiracy theories” by the very news outlets that came under scrutiny—including CNN and the New York Times—organizations now in the hot seat for disseminating “Fake News” themselves. This battle is currently raging over unsubstantiated allegations in the mainstream media against President Trump, who is called a “conspiracy theorist” himself by the press.

Should Tracy lose his case, the outcome would be disastrous for free speech rights. A decision favoring FAU’s defense could be used by almost any employer, academic or otherwise, to further unconstitutionally monitor and restrict employee expression. This would likely intensify in the current US academic environment, rife with campaigns targeting “politically incorrect” speech and behavior.  “The way it stands, [FAU] could start firing people for not disclosing their Facebook pages,” Tracy’s attorney Louis Leo IV said following a December court appearance.

On February 28th the faculty union and FAU submitted separate responses to Tracy’s Second Amended Complaint, maintaining there was no conspiracy to fire Tracy and reasserting that the cause was his failure to follow FAU’s “outside activities” policy. In its response, FAU characterized Tracy’s repeated attempts to obtain clarification on the unconstitutional policy as “belligerent” and “rebellious.”  “While Plaintiff appeared to embrace his nonconformist behavior thinking it would publicize his interests in the light he deemed helpful,” FAU’s attorneys wrote, “the Defendant University’s policy and intent were unrelated to such interests and were intended to provide Defendant University with necessary information for various legitimate and proper reasons.”

FAU is also using the 11th Amendment’s notion of the “sovereign immunity” of state governments and agencies as part of its defense. However, the 11th Amendment does not give the states the right to violate federal law or the US Constitution. According to Alden v. Maine, “A State’s constitutional privilege to assert its sovereign immunity in its own courts does not confer upon the State a concomitant right to disregard the Constitution.”

With the discovery process now proceeding, FAU’s defense looks increasingly weak. A flood of internal documents obtained under Florida’s open records law indicates that university officials met repeatedly to strategize on how they would discipline Tracy without appearing to violate his First Amendment right to free speech. As these meeting notes and emails reveal, there was as much obsession in quelling the controversy surrounding Tracy’s blog as there was in the publicity his firing generated.

Based on the Rosenberg denial to dismiss, the case will now proceed to trial. Tracy is seeking declaratory relief upholding his right to free speech, injunctive relief with reinstatement to tenured employment and full restoration of benefits and lost wages, relief from the requirement to report “outside activities” for Tracy and his colleagues, compensatory damages, punitive damages, and attorneys’ fees as permitted by law.