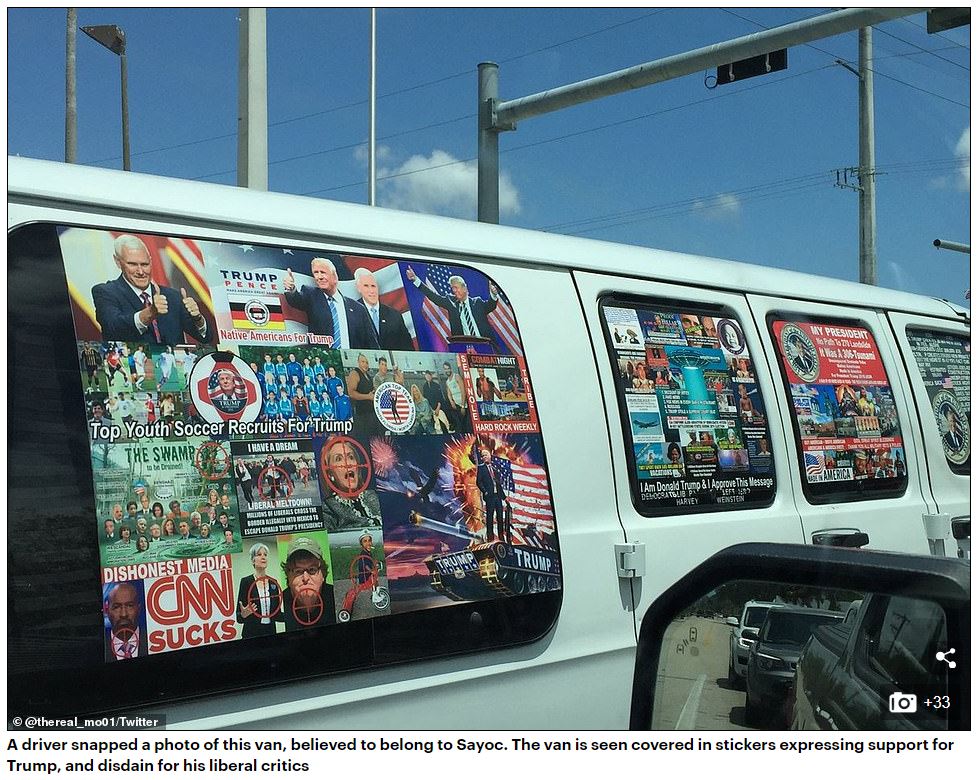 Internet researchers report that the van belonging to the so-called MAGAbomber “Cesar Sayoc” – whose name is actually Cesar Altieri – was parked not far from the Aventura Turnberry Jewish Center in south Florida for more than a year. 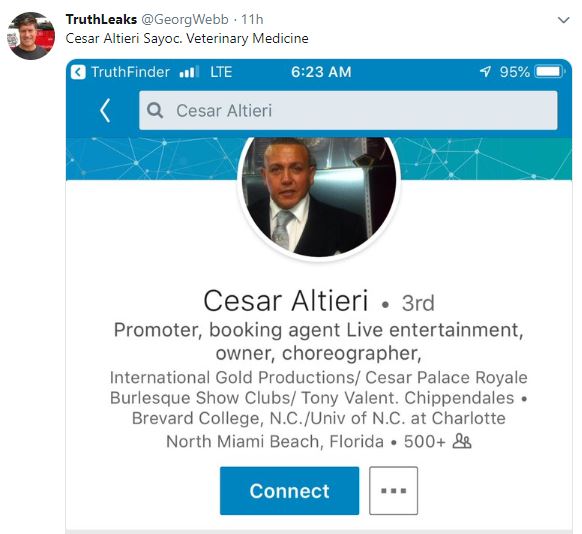 The rabbi of the Aventura TJC synagogue is Jonathan Berkun, who, perhaps not coincidentally, grew up in Pittsburgh and attended the Tree of Life Synagogue. He had his bar mitzvah at the Pittsburgh synagogue, and his sisters were married there. Not only that. His father, Alvin Berkun, was rabbi of Tree of Life for 23 years and subsequently attended the Shabbat morning service there for the past 12 years. In an article in the Miami Herald, Jonathan Berkun is quoted on the day of the Pittsburgh shooting as follows:

This morning in the middle of Shabbat morning services at ATJC Aventura Turnberry Jewish Center, Michael Yavner came (in the middle of my sermon about the recent acts of domestic terrorism whose investigation led straight to Aventura) to tell me what we now know to have been a murderous, hateful, anti-Semitic shooting rampage at Tree of Life.

What are the odds, folks? 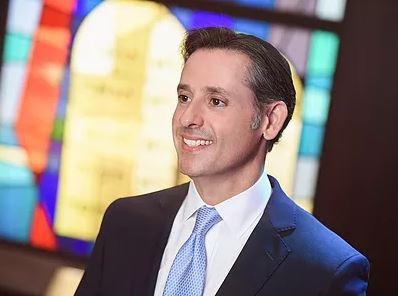 The investigation that led straight to Aventura involved the accused MAGAbomber, Cesar Altieri, who was said to have been living in his van “outside an aging strip mall in Aventura, Fla., that houses an LA Fitness, a Jewish market, a bakery and a post office.”

One of the addresses associated with Altieri is 1801 North Ocean Beach Avenue in Hollywood, FL, right where the dead body of Beranton Whisenant was found floating near the shore in 2017, and just up the road a piece from Aventura. Whisenant was a U.S. Attorney who may have been investigating visa fraud in a case involving Congresswoman Debbie Wasserman Schultz. Yes, the same “DEBBIE WASSERMAN SHULTZ” [sic] of the return address on the package “bombs” that were allegedly sent out by Altieri. 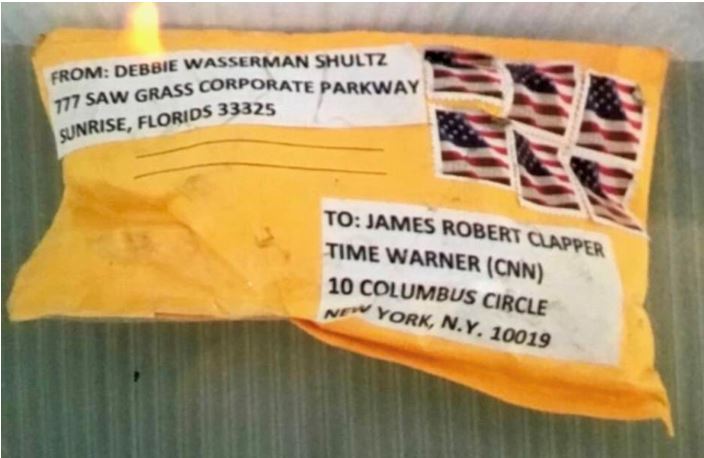 Jonathan Berkun’s father, Alvin Berkun, is rabbi emeritus of the Tree of Life synagogue in Pittsburgh and a past president of the Rabbinical Assembly, a former Navy chaplain, and an active police chaplain. He also has long-standing ties to the U.S. government and is shown in a C-SPAN clip from 1993 leading a prayer in the U.S. House of Representatives. 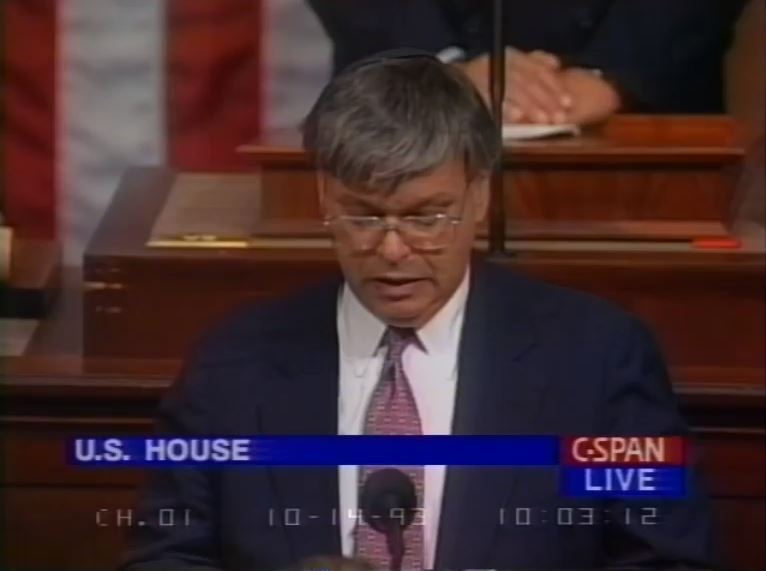 Alvin Berkun was scheduled to be at the Tree of Life services on Saturday morning, October 27, the morning of the alleged shooting, but his wife was not feeling well and asked him to stay home – fortuitously. According to Jonathan Berkun in a blog post of October 29, his mother was not only “not feeling well” but in a nearby hospital with an infection, and he went straight there to see her when he arrived in Pittsburgh on Sunday. He and his father then left to take part in a community prayer vigil held in response to the shooting. As Jonathan notes:

Here’s one truth: Elderly Jews tend to come early to synagogue on Shabbat, and for some reason, many of them prefer to sit in the back. Maybe it’s so they can sleep through the rabbi’s sermon unnoticed, or maybe because it’s a shorter walk to the bathroom. That back row is where my father sits early every Shabbat at the Tree of life Congregation. But the shooter also came early, and today, every single person who sits with my father in synagogue is dead. I have no doubt that had my mother not been ill, I would have flown home not to comfort my father, but to bury him.

Wait – I thought that Jews come late to Saturday services. Oh, I’m sorry, that was another former rabbi of Tree of Life who said that: Chuck Diamond. Anyway, whatever.

Alvin Berkun was one of several rabbis who visited convicted Israeli spy, Jonathan Pollard in federal prison, which suggests that he was working for his release as an intermediary for Israel. According to Berkun, Pollard’s sentence was much harsher than those of other spies who have given U.S. secrets to foreign states. “I can’t help but think there’s an element of prejudice,” he said, indicating that, in his opinion, Pollard has been “singled-out.” The group of rabbis had special access to Pollard and were even allowed to hug him. “I found the visit to be very moving,” Berkun said. 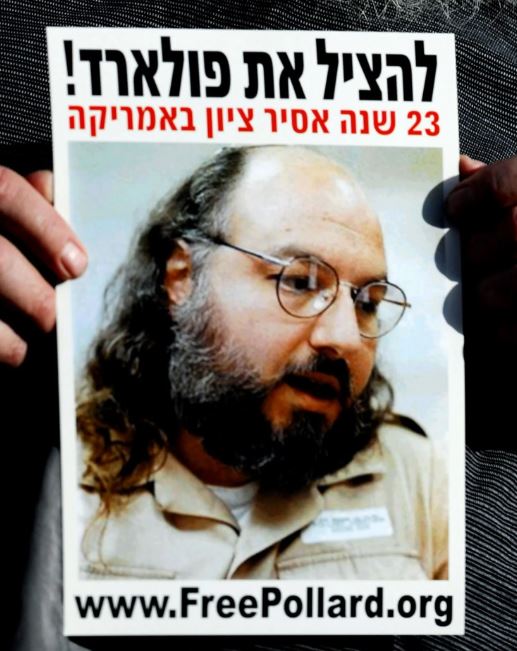 Pollard was imprisoned on espionage charges beginning in 1985, in solitary confinement for the first seven years of his incarceration. The leaders of the Reform and Conservative movements were “engaged in vigorous advocacy for years, passing resolutions, issuing public statements, advocating Pollard’s clemency to four presidential administrations and to Congress and working with the large number of their member rabbis across the nation who have regularly preached and written on the unfairness and inequities of Pollard’s sentence,” which they considered “grossly disproportionate.”

Pollard had sold to Israel numerous U.S. state secrets, including the NSA’s ten-volume manual on how the U.S. gathers its signal intelligence, and he revealed the names of thousands of people who had cooperated with U.S. intelligence. Benjamin Netanyahu insisted that Pollard had worked exclusively for Israel, but Pollard himself admitted selling his services to other parties. After a long campaign by Israel for his release, with legions of supporters from Netanyahu and Shimon Peres to Henry Kissinger and Alan Dershowitz, Pollard was finally granted parole and released in 2015 under Barack Obama. Although considered a traitor in the United States, Pollard is regarded a hero by many in Israel. 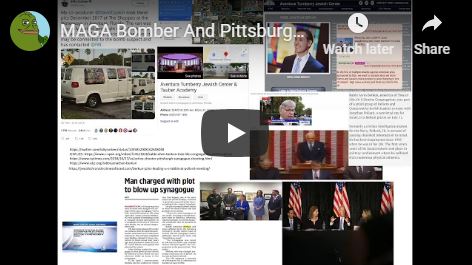 Screen shot from the video “MAGA Bomber and Pittsburgh Synagogue Shooting False Flags,” which can no longer be accessed at YouTube.

These connections were outlined in a short video, “MAGA Bomber and Pittsburgh Synagogue Shooting False Flags,” by “impartjewish,” which makes one wonder if Alvin and Jonathan Berkun are tied to Israeli intelligence. Unfortunately, this important video can no longer be viewed at YouTube.

Jonathan Berkun worked with the FBI on a sting in 2016 involving the (fake) bombing of his own synagogue: James Gonzalo Medina was arrested while carrying a non-explosive device toward the Aventura Turnberry Jewish Center. “The synagogue’s leaders sought to reassure congregants and, even as news spread through south Florida, they said their facilities were open…for a normal day.”

Rabbi Jonathan Berkun and the center’s executive director, Elliot B. Karp, said they were assured by security officials that “the synagogue and school were never at risk at any time” and were told no other credible threats had been found.

Debbie Wasserman Schultz was apparently in on the scam and spoke out about the 2016 arrest, which occurred during the final days of Passover.

“This attempted attack is a harsh reminder that there are many in our community who are motivated by bigotry and violence,” she said in a statement. “As a community and a nation we must work together to confront this kind of hatred.”

Jonathan Berkun has been photographed frequently with Wasserman Schultz, and they both spoke out at a press conference on the day of the Pittsburgh synagogue shooting – against “the rise of anti-Semitic acts in South Florida and across the U.S.” 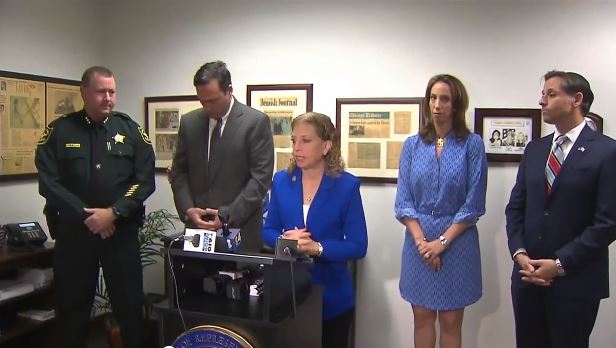 One is left to wonder whether the MAGAbomber hoax and the alleged Tree of Life shooting were carried out by Israeli intelligence with the help of members of the U.S. Jewish community.

This article was published at JamesFetzer.org and MemoryHoleBlog.org.